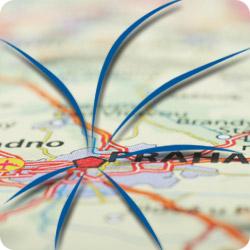 Prague maintains partner relations with cities on a contractual as well as non-contractual basis, both of which are equal. Contracts were signed mainly in the first half of the 90s at the time when the new foreign policy of the City was being developed.  .

Since the 2nd half of the 90s, Prague has joined the cities that don’t sign non-specific contracts such as Vienna (Prague has very good long-term relations with the city), Rome, and others.  Prague now prefers cooperation on specific projects.

Membership of Prague in international organisations

The City of Prague acts as an observer in OWHC (Organization of World Heritage Cities).

A) ON THE BASIS OF A SIGNED AGREEMENT

B) WITH NO CONTRACTUAL BASIS