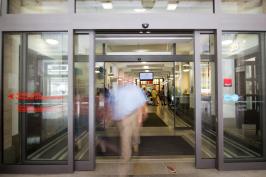 In accordance with the Act on the Capital City of Prague, the Assembly consists of 55 – 70 members. At present, the Assembly numbers 65 members. The members are elected by the inhabitants of Prague in municipal elections as representatives of political parties under the proportional representation system.

Meetings of the Assembly are convened in writing with the announcement of the proposed programme by the Mayor of Prague. They are held when they are needed but at least once every three months. The Mayor of Prague usually conducts the meetings, too.

The Assembly sets up committees as its advisory bodies for individual areas of its activities. The committees perform tasks assigned by the Assembly. They are accountable to the Assembly and to the Council but only within its defined scope.
The Assembly always sets up the following committees: Finance Committee, Control Committee, Education Committee and Committee for National Minorities; if according to the last census, at least 5% of the inhabitants of Prague are of a different nationality than Czech.

The Mayor represents the City of Prague externally. Some of his actions require prior approval of the Assembly or the Council. The Mayor also carries out the office of the regional governor, unless the law states otherwise.

Prague City Council is the executive body of the City of Prague. The Council is accountable for its actions to the Assembly, which elects it.

The Council sets up committees as its initiative and advisory bodies, which are accountable to the Council for their actions.

The Residence of the Mayor