Numbers of Tourists in Prague on Rise (Portal of Prague)
Home: About Prague: Visit Prague

Numbers of Tourists in Prague on Rise 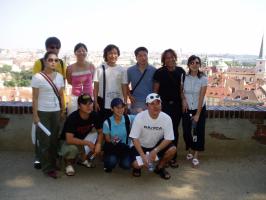 Number of tourists who came to the Czech city in 2013 increased by 2% which was confirmed by the Czech Statistical Office. In total, 5,502,591 people visited Prague last year. The amount of both foreign and Czech tourists increased.

Germans, Russians, and Americans in lead

“Total statistics confirm all the trends which were observed last year in terms of tourism arrivals to Prague. The number of foreign tourists increased by 73,000 and 5% more Czechs visited its capital. Germans were the most numerous group, followed by Russians and tourists from the USA,” clarified Nora Dolanská, a general director of the Prague Information Services - Prague City Tourism (PIS – PCT).

Despite the fact that Prague attracts more foreign tourists, the Czech visitors are also on the increase (foreign guests present 86.4%, residents 13.6%). Support of Czech tourism is one of the priorities made by the PIS – PCT.

The largest increase was noted from the Russian tourists (10% more than in 2012), followed by Americans (about 6%) and English tourists (2%). Conversely, there were fewer visitors from countries struggling through the economic crisis such as Spain and Italy. 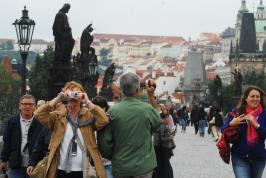