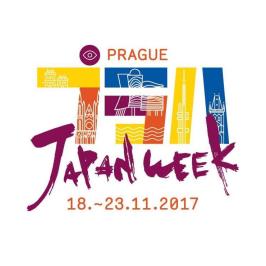 Japan Week is a festival focused on the presentation and promotion of the Japanese culture and art around the world and interchange between the nations. The Japanese foundation (IFF) International Friendship Foundation has been organising Japan Week already for 31 years - every year in a different country.

This year, Japan Week is returning to Prague (the first time, it was in 2002, when the number of visitors was nearly 38,000 people). The main partner of Japan Week is the Prague city. The festival will take place between 18 and 23 November and during the exhibitions, workshops and performances, almost 1300 artists from Japan will introduce and present both traditional and modern Japanese culture and art (ranging from the samurai show and traditional drumming, to flower arrangement and tea ceremony).

Program of Japan Week in Prague can be found here.