Home: Transport: Getting Away

Breaks Away From Prague 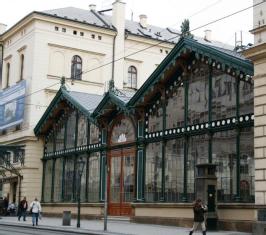 Prague, as the capital city of the Czech Republic, offers direct connections to the tourist attractions of the Central Bohemia Region and to other cities and big towns. Besides going by car, the best way to travel is by bus and train.

The Main Railway Station is housed in an art-nouveau building within a five-minute walking distance from Wenceslas Square, in Vrchlického Sady. It offers various services, such as restaurants, shops, a tourist information centre and  showers. It is the departure point for trains to the whole of the Czech Republic. The entrance to metro line C is located right in the foyer and there is a tram stop served by trams nos. 5, 9 and 26 close to the railway station.

Holešovice Railway Station in Vrbenského Street is used mostly by international and long-distance connections. Services include restaurants, a tourist information centre and an entrance to metro line C. A bus terminus serving the north-west region from Prague and a tram stop served by trams nos. 5, 12, 14  and 25  are located nearby.

Masarykovo Railway Station is a smaller station in Havlíčkova Street near the Main Railway Station and Florenc Coach Station. It mostly serves the region to the north and west of Prague. An entrance to metro line B is right beside the station as is the tram stop served by trams nos. 3, 5, 14, 24 and 26.

Smíchovské Railway Station is also a smaller station, located outside the city centre in Nádražní Street. It mostly serves the region to the west and south of Prague, with a number of tourist attractions. The station is also served by metro line B and trams nos.12, 13, 14 and 20.

The biggest coach station in Prague is Florenc Coach Station, served by both national and international coaches. It is located in the city centre in Sokolovská Street and has two halls – a new one and an old one. The new one is clearly signposted FLORENC and it is here that you buy your tickets and wait for your connection. The station is served by metro lines B and C and by buses nos.133 and 135 stopping across the road and going in the direction of Žižkov and Vinohrady and bus no. 207 in the opposite direction, which will take you to Jana Palacha Square near Charles Bridge. 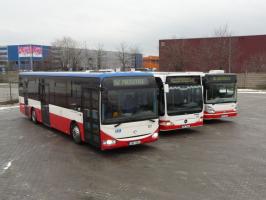